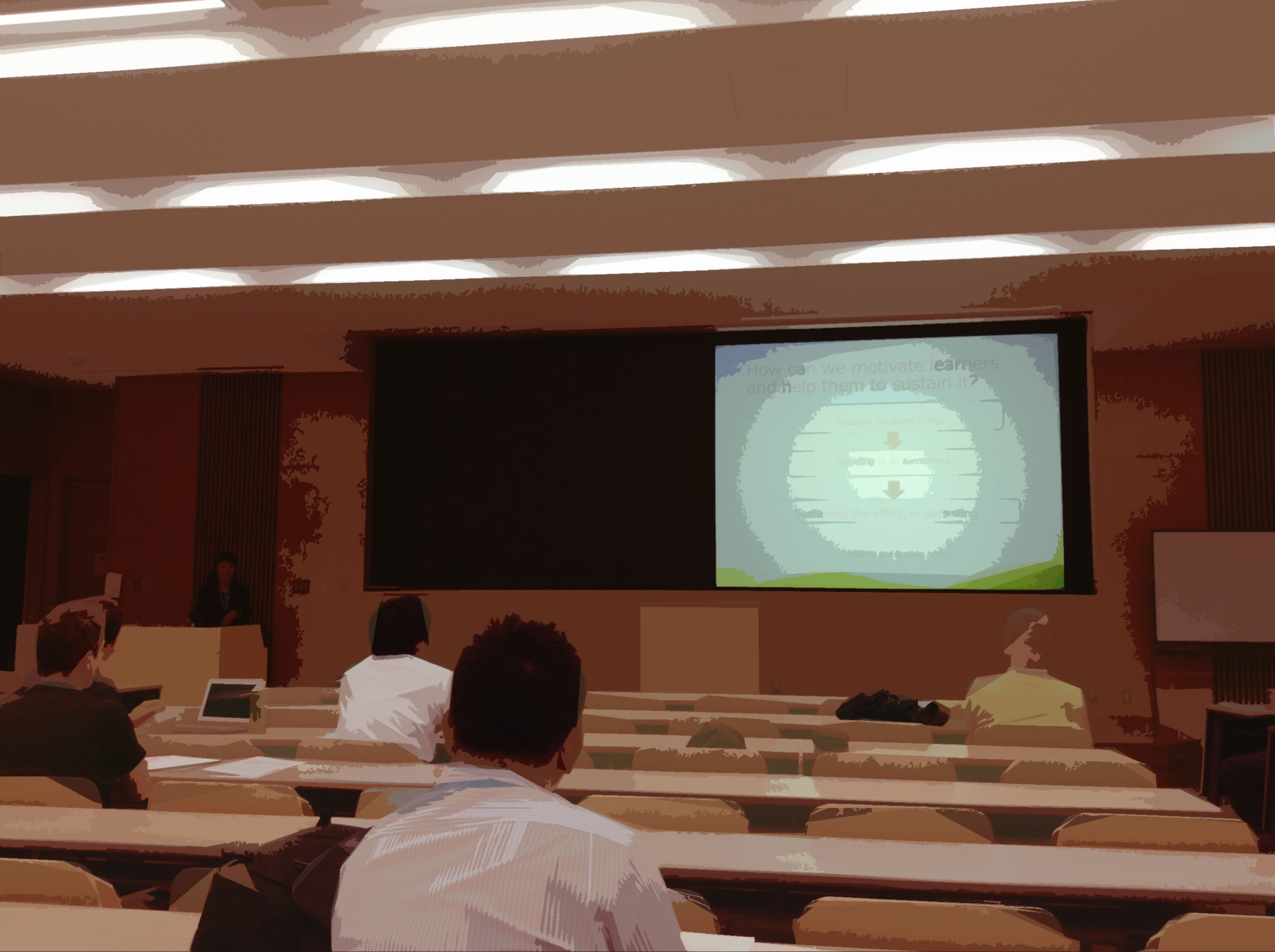 I sit here on the Shinkansen home to Tokyo, the obligatory post-conference beer and bento box at hand. I have just attended the EFL Teacher Journeys conference in Kyoto, part of the Teacher Development SIG at JALT, and it was easily one of the best conferences I’ve been to in a long while. I think it is a sort of hidden gem among language teaching conferences in Japan. I’m very glad I discovered it. I didn’t know anyone there, but I met so many people who I feel will likely become firm friends. Thanks to the community spirit of  like-minded individuals, of people telling their stories and listening to the stories of others, this was a fascinating and engaging conference. I was excited about the EFL Teacher Journeys conference, it seemed to be a perfect fit for me because it prioritizes narratives, qualitative inquiry and the issues of identity and development that regularly preoccupy us as teachers. I was delighted when my proposal was accepted. It makes me very happy to report that this conference was fantastic and truly delivered even more than I had hoped for. Although I didn’t know anybody, I was instantly made to feel welcome and introduced around. I even met people who were familiar names that I was citing in my PhD thesis, or people whose work I had read in journals and book chapters. The first talk started at 9:30, I found it hard to choose each of the individual presentations because they all sounded interesting, but I opted first to watch a talk by Sachie Banks. Her talk had a similar theme to mine I thought, being a professional narrative of her development as a teacher, so I wanted to see her talk in order to gauge just how much of a “story” I could put into my “story” presentation. Her talk was exactly as I had hoped, a very personal and contextualized journey from her life as a teacher of Japanese and English, her educational and teaching background detailing her personal and professional growth. It was interesting and although deeply personal and centered around her individual journey, it struck a lot of chords with me and other members of the audience, as evidenced by the lively and interesting discussion that took place after her story was over. People asked other questions or shared their own experiences, which chimed with or added support to hers. Next it was my presentation. I was quite amazed with the large turnout, I had an almost full house with maybe 20 or 25 participants (the conference is nice and small with maybe 70 or 80 people in all). I hadn’t really scripted or prepared what I would say beyond my very visual slides (inspired by the Beyond Bullet Points Approach), and I found myself talking about things which I hadn’t expected I would talk about, being very open because of the receptive audience. And in telling my story, I learned things about myself. I am new to narrative inquiry so this is still a very refreshing experience for me. I especially enjoyed talking about my time at Nova and how I managed to get through all that and come to see language teaching as a life-long career. Many friendly and supportive people congratulated me on my talk afterwards. Slide show here

Next was the first featured speaker or plenary talk by Keiko Sakui. Her talk was amazing, I would even say brilliant. She had it all, in perfect balance. She had up to date citations but she also knew her history, she had personal details and a story which connected with others in the audience. Another big theme of hers was Social Capital.  The main thing was lots and lots of time for discussion with fellow participants. This was very much a theme which characterized the whole conference. She also showed some great videos, which I will be using in my own classes next week. One of these which particularly stuck in my head was the way people had been encouraged to take the stairs rather than the escalator using gamification:

This is really relevant to me as it combines education with social issues. I told Keiko later on that her presentation had been very influential in making me more optimistic about the future, since generally I find myself quite pessimistic about people’s ability to adapt to the inevitable power-down we will be faced with in a post-carbon society (don’t get me started! I write about this under a nom-de-plume because it is rather emotive for me, but see here for information* BTW, Heinberg is not my nom-de-plume). As you can see, some of the most eye opening or enlightening topics Keiko Sakui picked up on were Fun in Learning and Gamification. I had, in truth, not thought gamification was something I would be interested in, seeing it as a fad, but what Keiko Sakui did was to put it in context for me and make it seem like something I could genuinely benefit from both as a teacher and as a learner. In her talk she also cited Nicole Lazzaro’s classification of 4 types of fun – Easy Fun, Hard Fun, People Fun and Serious Fun. She also talked about motivational inertia; doing things enough that they become habit and rewarding in themselves, which Bill Sykes who was sitting close to me pointed out was connected to Flow Theory. Bill wrote about Flow in the ELTJ and I also mentioned it in my talk.