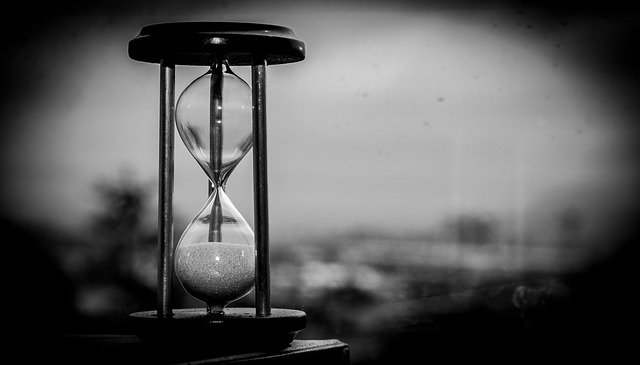 It has been a long time since I wrote about authenticity… or at least it feels like it anyway. In truth I have a few chapters which aren’t even published yet which discuss this favourite theme of mine, but because I was on sabbatical last year (if you can call it that) and because I basically didn’t really do much work last year except here and there, it feels like many moons have passed since I mused and reflected on the concept of authenticity from the perspective of language teaching.

Yesterday I was out walking my beloved dog, Pippin, and listening to some Nirvana. There was a line in the song that said “That’s old news” and this got me to thinking. Old news is an interesting expression, it’s something of an oxymoron. News, by definition, has to be new. So old news can’t really be news. I instantly started thinking about the lessons I teach which incorporate elements from the news or current affairs. Now that I’m back to teaching after a year off, it’s interesting how much I realised I enjoy thinking about my classes and planning materials for them.

The first big change in the news to have happened since I was last in the classroom in the academic year of 2019 is obviously the timely end of Trump’s presidency. Nobody was more relieved than me to be rid of this toxic, bloated, deranged orange billionaire. But, there is now a Trump shaped hole in many of my lessons. I used to teach a class on the discourse of racism, in which we take Teun van Dijk’s ( 2008) work on disclaimers and denial in the discourse of racism, and utilise some of the principles to analyse articles and speeches.

In the class, the example I have been doing for the past four years was Trump’s famous presidential announcement speech, June 16, 2015, in which he spouted vitriolic nonsense about Mexicans being “rapists”. I am including the handout I use as well for anyone interested.

Lesson on Discourse and RaceDownload

Currency as an attribute of authenticity

I am going to talk about this lesson in terms of authenticity and currency. For anyone unfamiliar with the term, currency is one of Feda Mishan’s 3Cs of Authenticity (along with culture, and challenge (2005: 44–64)) from her brilliant book Designing authenticity into language learning materials. I have always found the concept of currency to be particularly helpful when I think about materials and authenticity. Basically, currency refers to the temporal dimension to authenticity, which she particularly elaborates with respect to the changing nature of language use, although she does also associate it with topical issues and current affairs. In my own writings I have already slightly developed on this idea, when I wrote;

“If I do a lesson about John Lennon in December, it would have more currency than doing the lesson in, for example May, because I could use the opportunity to mark the anniversary of his death. I could also ask students to talk about their own favourite musicians, and the dangers and stresses that fame brings. Currency not only refers to the ‘up-to-date-ness’ of the materials but also their topicality and relevance.”

With the departure of Trump, I thought this might be a good time to discuss “old news” and currency in relation to authenticity. I think this lesson is perhaps one of the best I had in terms of helping the students understand and apply Van Dijk’s framework for identifying racist discourse. It was always fun to teach, and the students enjoyed putting Trump under the microscope and coming to the unwavering conclusion that Trump was indeed being racist in his speech. The lesson had a video, it had an academic text behind it, and most of all it had currency.

This year, I can probably still get away with using this lesson, but what about next year? And the year after? Clearly, with Trump no longer current (as in serving as president and regularly featuring in news and media) this lesson is going to start aging quickly. In other words, I need to find a new, more contemporary racist figure to analyse.

But, currency is not simply a matter of updating your handouts now and then. This could quickly become exhausting. Whilst I am very happy with the idea of The Living Textbook (meaning we are always updating the materials we wrote for class), it would be nice to be able to create materials which can be used for more than a few years.

When a teacher creates a lesson based around a newspaper article, they do so knowing that they will very likely only be able to use those materials once, or at best a handful of times. Why? Because the news will soon lose its currency, and thus an aspect of its intrinsic authenticity will also be lost. Students are not going to get excited by a random newspaper article that you had lying around for years. They need “New News” in order to connect with the topic, find relevance in it in the world, validify and authenticate it. This is a shame, as I am sure anyone who has made a lesson plan from a newspaper knows that it can be quite time-consuming. I’ve always found that using newspaper articles in my classes was a good way of getting students involved in something going on in the world and brining it into our class. And, of course, newspapers are part and parcel of the “classic” definition of authenticity. Please note, I am NOT saying newspapers are authentic in and of themselves. They are not. But, I think we can all agree that it’s a bit of a shame to design classes around a news story and not to be able to get some kind of mileage out of it.

However, let’s consider a slightly different perspective. What if the newspaper article was from August 6, 1945?

Despite being over 70 years old, this article retains its currency simply because of the historical importance of the event.

Another example might be a paper from September 11th, 2001.

Such articles will likely always retain their authentic currency, simply because these stories are not news but history.

Does this mean I can keep using my Donald Trump lesson then? Can I say that this was a historical speech?

The issue is a little more complex than that. I think Trump’s presidency is very likely going to be remembered in history (hopefully for the right reasons). However, I personally might feel that Trump was old news still rather than being history, simply because we need more time to pass before we can gauge how history responds to the event, how people reflect on it, and importantly how much people care about it! This is especially true in terms of the demographic I teach. I need to consider how 20-year-old Japanese university students feel about Trump and whether they still care, now or in a few years’ time. My feeling is that for my students, they wouldn’t be very interested in analysing Trump anymore now that he’s no longer president.

This is why currency is such an interesting concept, and does not simply equate with how recent something is. I would argue that, keeping with the US president theme, Abraham Lincoln has more currency than, say, George W. Bush. I feel that students would appreciate a lesson on JFK more than they would on The Donald, and this is because of currency. Lincoln and JFK belong to history, whereas Bush and Trump are simply in the past.

The problem with this conceptualisation of authentic currency is that it might discourage teachers and materials writers from using stories from recent current affairs because of the way they will age quickly. We are already very aware of how international textbooks are constantly needing to be updated. Photos of students in the 90s just won’t cut it for a coursebook anymore. Photos, typography and graphic styles are all easy identifiers of the age of a textbook, and publishers are certainly under the impression that their customers will not want to spend good money on an ancient textbook. Opening a textbook and seeing a photo of someone using a chunky laptop or sitting in front of one of the big CRT monitors instead of a flatscreen is likely to inspire a snort of derision, not a good starting point when the teacher is trying to get their students to invest in the content. Not only do styles and fashions change but also so does language. The fact that materials need updating is as inevitable as the fact that languages themselves are constantly evolving and updating.

So, should materials writers simply avoid anything from current affairs? Should textbooks be filled with articles on the moon landing and speeches by Martin Luther King Jr.? (I chose both those examples as they are widely used in textbooks). I think it would be a shame if we let currency slide in favour of history, but it’s true that something historical will retain its currency for longer than something which is merely ‘news’. The balance is in the sweet spot somewhere in-between. There are new news articles all the time, but certain topics retain their currency and recur in the news regularly. Issues about gender equality, racial discrimination, the environment, social justice. Critical topics such as these will always have currency and it will not be hard to find news stories to link to these issues.

I have also experienced a kind of “noticing” effect when teaching about certain topics, much as Richard Schmidt started noticing new vocabulary items everywhere once he had learned it. When I am talking about a certain topic with one of my classes, it’s never long before a newspaper article with direct relevance to that topic jumps out at me. Recently it was the resignation of Olympics Committee President Mori for making sexist remarks, which fits very nicely in with my class on feminism and gender issues. The lesson is there already, but this provides an up-to-date reference point. I might show a slide of Mori in the class, but it’s easy to change and update.

Unfortunately, the Trump lesson isn’t going to be so easy to update. That lesson has lost its authentic currency I fear, so I will need to redesign it. But as I’m doing so, I will bear in mind these reflections on currency and try to get something which has a good mileage. Any suggestions would be much appreciated!

This is good fucking news... it is literally RIDICULOUS that we have these evil cut and shut contracts and it creates so much more work and a huge skills drain in the country. More of this I hope! Down with the 5 year contract!

📣 Calling all language teachers at university level worldwide 📣 This 10-minute survey about #ChatGPT was created by @OhashiLou and @AntonieA We would appreciate your participation. Please retweet 🙏
https://tinyurl.com/ChatGPTSurvey

Our book on Researcher Reflexivity (co-edited with Sara Ganassin) is officially out today! 🥳🥳This book is an attempt to uncover the dilemmas, detours, surprises, and setbacks of applied and educational linguistics research!