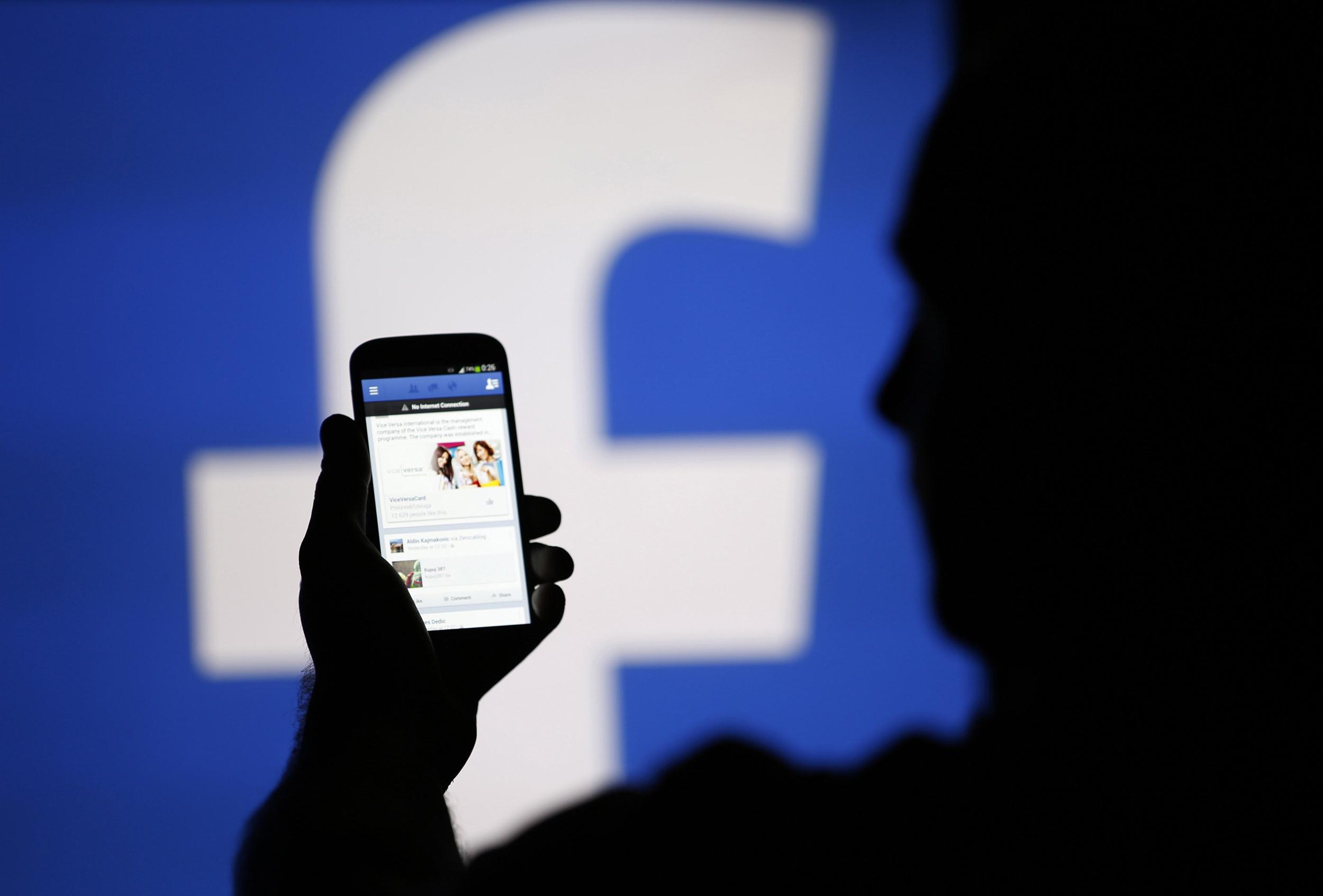 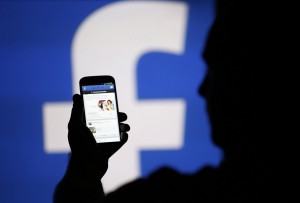 To be(friend) or not to be(friend), that is the question. Some teachers encourage their students to befriend them on social networking sites (SNS), others are understandably wary. SNS can be a very effective way of connecting with students outside the classroom, engaging their real lives and identities. It can also create opportunities for authentic and motivating communication, not just between classmates but also with other learners and speakers around the globe. It could also be an ethical minefield, a social ‘can of worms’ and a recipe for disaster. When people interact in different social contexts, they utilise Transportable Identities (Zimmerman, 1998). As teachers, we are not merely teachers; we each have various identities which both compliment and contradict our professional teacher identity. A quick look on my Facebook page and one can learn that I am a husband and father, a few more clicks and someone could discover what kind of music I like, who my sisters are, where they live and whether or not they are in a relationship. It would also be easy to find embarrassing pictures of me or to read a post which expresses some kind of strongly worded opinion. When I accept students as friends on Facebook, I do so knowing that this is uncharted territory, and as such I have taken pains to learn about online security and how to keep track of my so-called Digital Shadow. I have also tried to become aware of the phenomena known as ‘oversharing’ (Agger, 2012). In this presentation I will draw on both published research and personal experience to reflect on the place of these types of online interactions and the inevitable consequences they pose.

Agger, B. (2012). Oversharing: Presentations of self in the internet age. New York: Routledge.

I’m going to be attending IATEFL 2011 from the comfort of my own home this year. To be honest I’d rather be there in person, but as a technology enthusiast I am very pleased to have the chance to attend the conference virtually.

Anyone who can’t go this year should definately check out the amazing things on offer for those people who wish to attend virtually.

Below are the links you need, and also the IATEFL livestream video.

The conference will be kicking off with live coverage of the opening ceremony and plenaries at 09:00 to 17:00 BST from the 15th to 19th of April. I really hope everyone, be they real life or virtual delegates, has a great time and a big thank you to all the organisers, presenters and professionals whose hard work makes it possible each year. 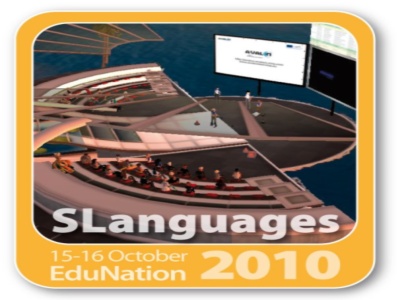 This year’s SLanguages Conferences kicked off yesterday on October the 15th at 18:00 with a great plenary featuring Gavin Dudeney [Dudeney Ge], Heike Philp [Gwen Gwasi], Marisa Constantinides [Marisolde Orellana] , Randall Sadler [Randall Renoir] and moderated by Gary Motteram [Gwared Morgwain]. At first there were 18 or so delegates in the Holodec, but after a while there were over 50! There were also more delegates who attended via Adobe Connect.

The conference was very educational from both a technical and pedagogic point of view, and as it is free to attend it is definitely worth a look. The program is available here and to access it simply login to Second Life and head for the EduNation island.

You can read more about the conference here at http://www.slanguages.net/home.php. This is the fourth SLanguages Conference, which is held annually in-world. It runs for 24 hours so it’s well worth taking a look, even if you’re totally new to Second Life.

This year I attended the CALL journal’s bi-annual conference in Antwerp, Belgium. The conference is held at the University of Antwerp in the Linguapolis department and was organised by Joseph Colpaert, the general editor of the CALL Journal. There were some fantastic presentations and sessions this year. Below is a brief overview of the event and some links to the original site. There are also links to the presentation given by myself and the audio file so you can listen online, although you may prefer to watch the video from EUROCALL 2010 where I presented the same study.

Ema Ushioda is one of the big names in L2 Motivation research, having written several books and numerous articles on the subject. Her speech summarised the present state of L2 motivational theories, starting with Gardner and his work in defining Instrumental and Integrative orientations, and moving to Dörnyei (2009) and the L2 Motivational Self System He states that this theory “represents a major reformation” (ibid: 9) of previous L2 motivational theory because it incorporates theories of the self from mainstream psychological literature whilst maintaining the roots of previous L2 approaches. Ushioda contextualised these theories to CALL by stating that the way hyper-media and ICT have blurred the boundaries between cultures is especially significant to CALL and the L2 Motivational Self System attempts to accommodate this by allowing for a deeper understanding of the L2 self. Within this system the Ideal L2 self is predominantly defined as a “desire to reduce the discrepancy between our actual and ideal selves” (ibid: 29) and as such incorporates both integrative and internalised instrumental components of motivation. In contrast, the Ought to L2 self has a focus on avoiding negative outcomes, such as failure or embarrassment or being able to meet with social expectations. Dörnyei argues that “the self approach allows us to think BIG” (ibid: 39) and as such it has the flexibility to approach a multicultural and globalised view of L2 motivation which is necessary for understanding motivations for using CALL.

You can access the PowerPoints and handout for the session here

There are some amazing resources emerging regarding the use of Second Life for Language Learning. There are in world virtual schools dedicated to a range of languages, most notably English, Spanish and French. There are also groups which are dedicated to language learning.

To name just a few. If you are not already in Second Life then I would recommend that you go in and have a look for yourself. Flying around in the virtual world can be quite demanding on your computer if you don’t have a good graphics card, but I would recommend it nonetheless. It might be some time before the computer labs in schools catch up enough to fully support entire classes using SL, but to be honest that’s not how I see it going. For example, I went in last night and found an island where Japanese people hang out. I went up to a couple of guys and introduced myself, then tried as hard as I could to follow the conversation and join in using VOIP. This is a great way to practice authentic communication with real speakers. The value of this is particularly apparent if you are learning a language in a Foreign Language context (ie. there aren’t many speakers of the target language in your country).

Has anyone else had any experiences in Second Life? How did you feel when you were in there? Can you recommend any good places or groups?

For anyone interested my Avatar’s name is Richard Spiritor.

I think too often stuff gets published because people need to publish stuff, rather than because they have stuff that needs to be published.

I will always remember a student who practiced so hard for the speech contest. She was on 🔥! And she won! But when they called her on stage, they used “-kun”, I guess because unisex name + short hair+ basketball clothes. Her joyous face fell. Broke my 💔 to see. https://twitter.com/sheepchase/status/1564181614095405056

40 today
Lots of people failed to wish me a happy birthday, but somehow I'm pretty pissed off Google photos didn't do something special for me automatically

Japan could begin seeing regular temperatures over 50 degrees in the next five to ten years. Time to do something about it! https://japantoday.com/category/features/kuchikomi/hot-and-hotter-this-year%27s-high-temperatures-a-prelude-to-a-much-much-warmer-japan#.Yu-jud46fpR.twitter